Made in Japan; Microwave and dishwasher safe. Hasami, Nagasaki is one of the foremost pottery districts in Japan. Porcelain was first made in the area almost 400 years ago, during the Edo Period, and was not only distributed all over Japan but also exported to Europe through the port of Nagasaki. The establishment of a mass production system at an early stage ensured reliability in quality and price, and its rich tradition kept alive. HASAMI PORCELAIN was born under the direction of Takuhiro Shinomoto of Tortoise (Venice, California), whose innovative concept integrates tradition and modernity in tableware. The charm of HASAMI PORCELAIN lies in the texture- firmer and sharper than earthenware, yet comfortable to the touch of the hands and lips. There is a distinctly gentler and more organic feel to the ware than that of regular porcelain. The matte texture and color, which are natural and unique to the material, match and complement most food and drinks .HASAMI PORCELAIN is made of a mixture of porcelain substance and clay, at a specific ratio. Samples made precedently in Hasami were recreated, and a glaze was developed to bring out the natural material.HASAMI PORCELAINÕs straight lines represent the essence of traditional Japanese aesthetics. The curves are the result of the inevitability of function and production. The rhythm and echo of the clean lines, created by stacking, enhance the harmony and beauty of the design.The size of HASAMI PORCELAIN products are based on a fixed module. Mugs, bowls, traysÉ all share the same diameter so they can be stacked freely, stored and transported easily. They are also multi-functional. For example, a tray can also be used as a lid.The inspiration behind the stacking mechanism, and the functionality of nesting, come from tiered boxes - traditional lacquer ware - used in Japanese cuisine. HASAMI PORCELAIN, like tiered boxes, can be used in various scenes - indoors and outdoors, individually and as a set. 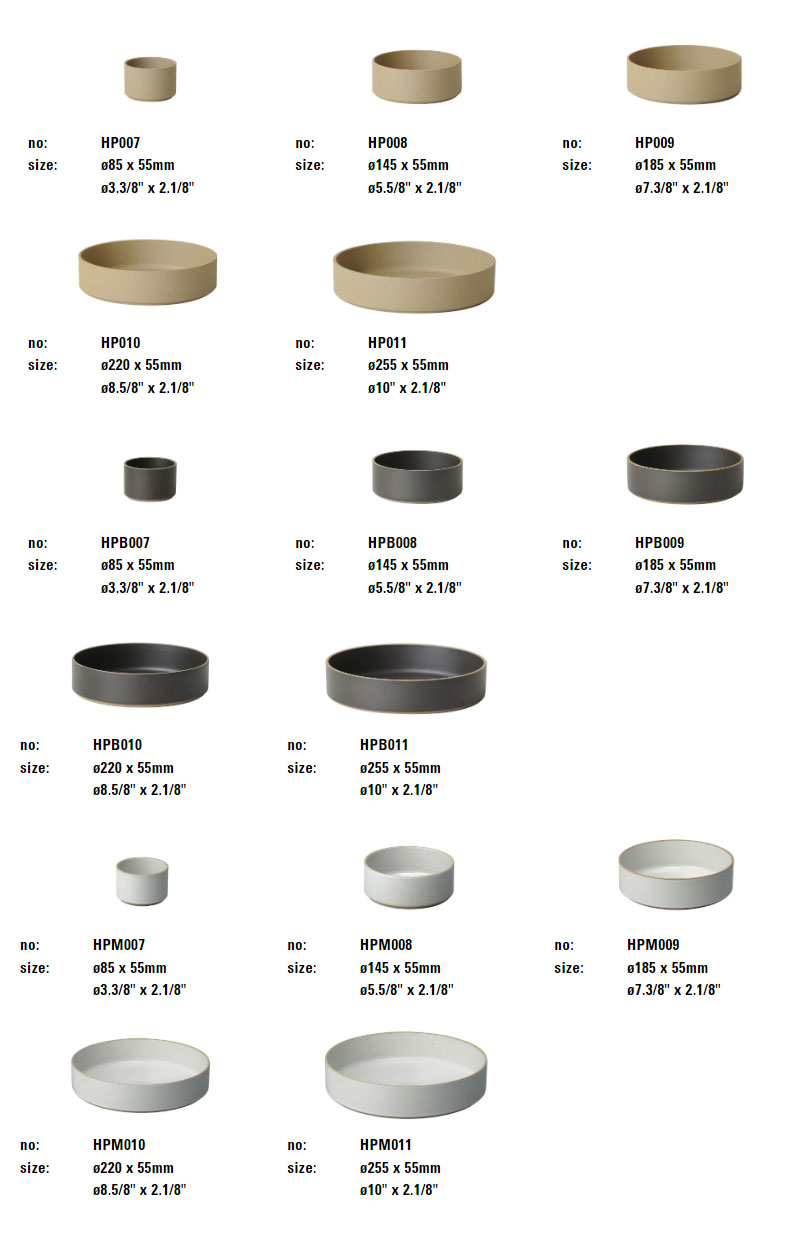